In the presence of Fr. Michael PP, Ann Cronin, the director and staff of the Centre the renovated centre was declared open.  At the occasion, the SMA Fathers were thanked for their generous financial support in meeting the cost of the renovation.  The builder Petram Construction was thanked for their work and cooperation in allowing many of the programs to continue running during the renovations.

The Centre has been in existence since 20th April 1987 and now with the addition of four new rooms more new groups can be accommodated.  The Centre now accommodates now up to 60 groups, providing Wilton and adjoining areas of the city with first class accommodation for their programs.

It is hoped that the Centre can be in time a source of inspiration for the SMA story.  Beginnings have been made in the naming of the Hall as the Fr. Zimmerman hall and the main room on thirst floor in the renovated Centre be named after de Marion Bresillac, the Founder of the SMA Fathers. 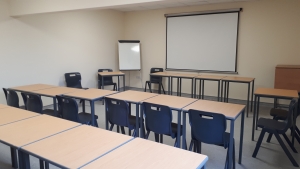 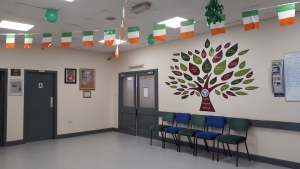 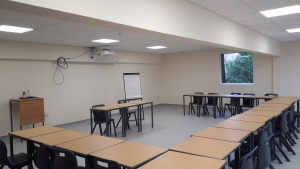 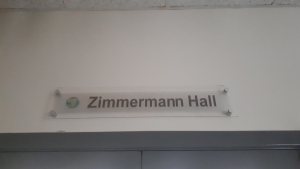 This website uses cookies to improve your experience while you navigate through the website. Out of these cookies, the cookies that are categorized as necessary are stored on your browser as they are essential for the working of basic functionalities of the website. We also use third-party cookies that help us analyze and understand how you use this website. These cookies will be stored in your browser only with your consent. You also have the option to opt-out of these cookies. But opting out of some of these cookies may have an effect on your browsing experience.
Necessary Always Enabled
Necessary cookies are absolutely essential for the website to function properly. This category only includes cookies that ensures basic functionalities and security features of the website. These cookies do not store any personal information.
Non-necessary
Any cookies that may not be particularly necessary for the website to function and is used specifically to collect user personal data via analytics, ads, other embedded contents are termed as non-necessary cookies. It is mandatory to procure user consent prior to running these cookies on your website.
<a id="wt-cli-privacy-save-btn" role="button" tabindex="0